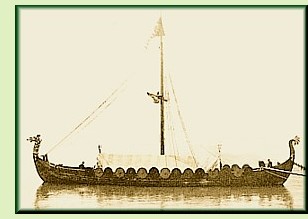 Jump to the 45 best novels 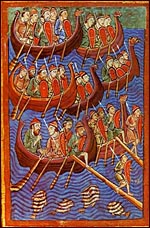 The Viking Age began when Norse raiders sailed across the North Sea and sacked the great Abbey at Lindesfarne near the close of the eighth century. When it ended is not so clear cut; I'll draw the line in 1066, when King Harald of Norway invaded England, leading indirectly to its conquest by Duke William of Normandy, leader of a realm founded by Scandinavian raiders in the early tenth century.

The raiders and traders who set out from Norway, Denmark and Sweden were a chief force in shaping the Western World during those two and half centuries. Their assaults on what we now call France, the Netherlands and Germany played a crucial role in the fragmentation of Charlemagne’s empire, leading to the emergence of those realms as distinct nations. In Ireland, the raiders built bases that gave the locals their first real experience of urban life, as well as contact with an international trading network.

Their descent in force on Britain destroyed all but one of the Anglo-Saxon kingdoms. The survivor, Wessex, became a nation in the course of resisting the Viking assaults and recapturing the lands they had taken. Scotland, too, was shaped by their incursions, Iceland colonized by their outcasts, and the embryonic beginnings of the Russian state formed by their chain of trading posts in the east. Scandinavian mercenaries served in the armies of Byzantine emperors, and Viking ships dominated waterways from the Black Sea to the North Atlantic. Along the way, the Scandinavian nations took shape, sometimes with wider consequences, as when the emergence of a powerful, unified Danish kingdom led to its conquest of England in the early eleventh century. 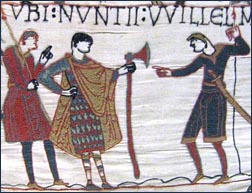 These centuries of high drama, during which the life of a dozen nations was forever altered by the onslaught of plunder-seeking pirates from the sea, have not yet been rendered into fiction with the thoroughness a fan might wish. So far, novels offer only a few glimpses of the long, fascinating tale of the Norsemen in Ireland, where two cultures clashed and intermingled amid the ever-shifting alliances characteristic of that land of a hundred kings. Likewise, far too little fiction has been spun from the epic tale of how the Danish assaults shaped the history of the Continent. But the rest of the wide-ranging events of those centuries have been treated with some skill and thoroughness, giving readers a decent view of the vast watery realm across which sailed the dragon-headed longships.

The novels in Origins and Overview give a taste of the Vikings' beliefs about their own past and offer thrilling stories of how Norway became a kingdom and successive kings clashed to win its throne. Those in The First Eruption will take you from the earliest raids on England and Scotland to the first great assault on France, including incursions into Charlemagne’s empire and that of the Byzantines. 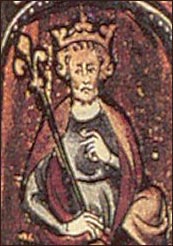 In the novels of The Crucible, which deal with the middle to late ninth century, you can glimpse some of the complexities of Viking-Age Ireland and get a more complete overview of the great struggle between Danes and Saxons that forged the English nation. In The Adventurous Tenth Century you can sail from one end of the Viking world to the other, following the wakes of raiders and royalty. The Eleventh-Century Clash of Nations shows how a final wave of Scandinavian attacks challenged Scotland, Ireland and especially England. Far more often than in my lists of novels set in ancient Greece and Rome, these tales center on violent clashes of arms, an inevitable feature of this age when Western civilization barely avoided a complete descent into barbarism.


Click on the listing below to see a review.

1. War of the Gods by Poul Anderson
2. Heimskringla by Snorri Sturlasson
3. The Saga of the People of Laxardal

4. The Deepest Sea by Charles Barnitz
5. The Winter Serpent by Maggie Davis

The "Strongbow Saga" by Judson Roberts:
9. Viking Warrior
10. Dragons from the Sea
11. The Road to Vengeance


The Crucible: Ireland and England

13. Fin Gall by James L. Nelson
14. The Viking by Edison Marshall
15. The King of Athelney by Alfred Duggan
16. Raven's Wind by Victor Canning

From the "Soul Thief" series by Cecelia Holland:
30. The Soul Thief
31. The Witches Kitchen
32. Varanger
33. The High City


The Eleventh-Century Clash of Nations

37. High Kings and Vikings by Nigel Tranter
38. The Kings in Winter by Cecelia Holland
39. Kings of the North by Cecelia Holland
40. Shieldwall by Justin Hill
41. The Forever Queen by Helen Hollick
42. King Hereafter by Dorothy Dunnett

"The Last Viking" trilogy by Poul Anderson:
43. The Golden Horn
44. The Road of the Sea Horse
45. The Sign of the Raven

David Maclaine’s interest in history was kindled in childhood, when a cousin showed him the strange toy soldiers he used to play "Greeks and Romans." By high school, he had discovered historical novels about Hannibal and Themistocles. All this led him to St. John’s College in Santa Fe, the "Great Books" school whose program starts off with immersion in the ancient Greek world: Plato and Aristotle, Herodotus and Thucydides, Euclid’s geometry and two years of ancient Greek. Later, he wrote features and reviews for Willamette Week and the column "Rembrandts and Reruns" in the monthly Black Lamb. He also picked up a Masters in English at Portland State University, exploiting his classical background to show how Hobbes stole from Thucydides, how Donne knew his Ptolemy, and how medieval Romances about Alexander the Great inspired a famous Monty Python scene. He is currently at work on a non-fiction book about some remarkable, little-known medieval women who turn out to be his ancestors. His blog is davidmaclaine.wordpress.com

Back to Novels of Medieval Scandinavia and the Vikings