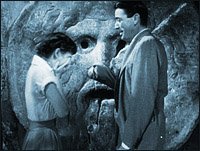 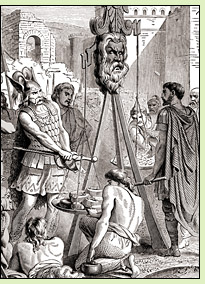 Jump to the 50 best novels
For more on the creation of this list, see David's entertaining blog post More Greeks and Romans

The history of ancient Rome, from the founding of the city on the Tiber to its sack by the Ostrogoths, spans over a thousand years. As you might guess, some centuries have proved more popular than others. Novelists scarcely get going until five hundred years have gone by, so there's not much fiction set during the long process in which the city first battled its immediate neighbors and won supremacy over them, survived a near-fatal invasion by Gauls - which greatly weakened their dominating Etruscan neighbors to the north - and then fought a successful war against the Greeks of southern Italy. 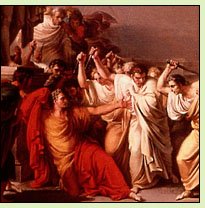 On the other hand, novelists have swarmed over the sexier phases of Roman history. The war against Hannibal, the career of Julius Caesar, and the sometimes scandalous doings of the early emperors have been tackled repeatedly.

The empire's endgame has been treated less thoroughly than you might expect. Attila the Hun, who appears after the Goths take over in the west, is a more popular subject for fiction than the vital fourth-century reorganization of the empire, its conversion to Christianity, and the catastrophes that cost the empire Italy and the western provinces. This means there are still splendid opportunities for the novelist who wants first crack at near-virgin material: Rome's brilliant rebound and triumph during the fourth-century B.C. and the two crucial collisions between the Greek and Roman worlds, the third-century B.C. war with King Pyrrus, and the second-century B.C. face-off against Macedon. 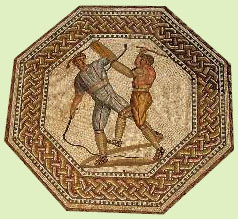 If you can manage a novel a week, you can get a decent overview of Roman history in the course of a single year, spending time with some vivid personalities. Ancient Rome offers an escape to an exotic world where slavery was universal and mass slaughter in the arena was prime entertainment. It also offers a new view of some very old questions, as women strive for autonomy in a society hostile to their ambitions, the poor wrestle the rich for control of the state, and an expanding empire's ambitions are tested against the fierce resistance of nations they seek to dominate. The fifty novels listed below will take you on a journey through the "grandeur that was Rome" that will leave you with lasting memories and a fresh perspective on our own troubled times.

The Contest with Carthage

The "Masters of the Sea" series by John Stack:
3. Ship of Rome
4. Captain of Rome
5. Master of Rome

The Crisis of the Republic

The Early Empire: An Overview

The Age of Augustus and the Claudians

24. The Legate's Daughter by Wallace Breem
25. Render unto Caesar by Gillian Bradshaw
26. The Love-Artist by Jane Alison
27. Augustus: A Novel by John Edward Williams
28. I, Claudius by Robert Graves
29. Claudius the God by Robert Graves

The Empire at its Height

The "Josephus" Trilogy by Lion Feuchtwanger:
37. Josephus
38. The Jew of Rome
39. Josephus and the Emperor

40. Memoirs of Hadrian by Marguerite Yourcenar

Instability and the Crisis of the Third Century

48. Helena by Evelyn Waugh
49. Julian by Gore Vidal
50. Eagle in the Snow by Wallace Breem


David Maclaine’s interest in the classical world was kindled in childhood, when a cousin showed him the strange toy soldiers he used to play "Greeks and Romans." By high school, he had discovered historical novels about Hannibal and Themistocles. All this led him to St. John’s College in Santa Fe, the "Great Books" school whose program starts off with immersion in the ancient Greek world: Plato and Aristotle, Herodotus and Thucydides, Euclid’s geometry and two years of ancient Greek. Later, he wrote features and reviews for Willamette Week and the column "Rembrandts and Reruns" in the monthly Black Lamb. He also picked up a Masters in English at Portland State University, exploiting his classical background to show how Hobbes stole from Thucydides, how Donne knew his Ptolemy, and how medieval Romances about Alexander the Great inspired a famous Monty Python scene. He is currently at work on a non-fiction book about some remarkable, little-known medieval women who turn out to be his ancestors. His blog is davidmaclaine.wordpress.com