by Frances Kazan, author of The Dervish 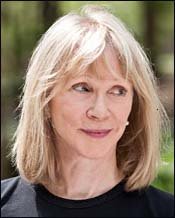 I still have a vivid memory of my first day in Istanbul, in the summer of ’85, long before my Masters degree in Turkish studies, before my books and lectures……

At that time most Americans knew little or nothing about Turkey. The country was poor by Western standards, but firmly secular, having just emerged from three years of military rule that followed the 1980 coup. Turgut Ozal and his government were initiating radical economic reform, and pushing to become part of Europe.

My husband, Elia, was born in Istanbul, in Kadi Koy, a Greek neighborhood on the Asian shore of the Marmara Sea, once the ancient Phoenician port of Chalcedon. His search for the history of his forebears had drawn him back to Turkey: he hoped to make another movie, the sequel to “America America”.

Elia’s friend, the one eyed Kurdish poet, Yashar Kemal, was waiting at the gate. Folding Elia in a bear-like hug, Yashar’s voice echoed across the old terminal; work stopped, people turned to stare. Yashar was well known to the Turks, who traditionally have always admired their poets and writers. 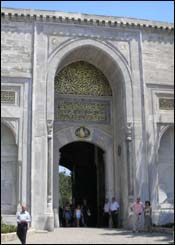 We drove into town, crammed into a cab, no air conditioning despite the heat. In those days leather factories crowded the hills beside the Marmara, and the sour smell of tanning leather poured in through the open windows. We passed the crumbling walls of the old city and the undulating hills dominated by the Topkapi Palace, the Hagia Sophia. As we crossed the Galata Bridge and looked back at the skyline Elia let out a cry of recognition.

In the mid 1980s a new road system was being built, part of a master plan for the city initiated by the Mayor, Bedrettin Dalan. Near Taksim we were diverted around blocks of half-demolished houses; entire neighborhoods were disappearing under the wrecking ball. In a dust-filled alley we glimpsed a group of men holding down a sheep, about to slit its throat. Yashar apologized; he had forgotten it was Kurban Bayram. The image was disturbing; even the cab driver stopped talking. 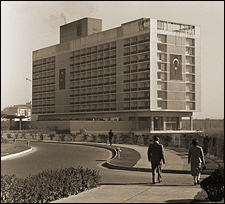 Our hotel, the Hilton, was the only five-star hotel in town. Tourists came to Istanbul, but not many. From our room the views across the Bosphorus were breathtaking. We were in the midst of unpacking when I heard the call to prayer for the first time. Yashar was sitting on the terrace. I rushed out to join him; the cry echoed from minaret to minaret, back and forth across the straits. Suddenly I felt far from home.

Then the baying started; from a single howl the chorus escalated into a crescendo, as hundreds of street dogs echoed the muezzin.

I later learned there were wild cats too, thousands of them. Yashar’s wife Thilda fed the fortunate families who lived at the end of their garden in Yesilkoy.

We met Thilda later that day in the tea rooms at Camlica, set in a park on the highest hill in Istanbul. I was drawn to her warm smile and wry humor. Waiters brought glasses of Turkish tea, savory pastries, and baklava. Yashar talked of poetry and politics, Thilda translated.

Years later I put the Camlica Hills into my novel, The Dervish. It was there Mustapha Pasha, the dervish, took one last walk with my narrator, his beloved Mary, before fleeing to Angora. Now the fields have disappeared and famous hill holds numerous radio towers. I heard there are plans for a mosque on the summit. When I was last in Istanbul Yashar and his wife Ayse took me to dinner on the terrace of the Khedive’s Palace; we shared memories of Elia and Thilda. I gazed at the shimmering lights on the European shore and the faint white silhouette of the Hilton.

Frances Kazan holds a Master's in Turkish studies and is a member of the American Turkish Society. Her previous novels include Halide's Gift, to which The Dervish is a sequel. She is the wife of the late film director Elia Kazan.