HistoricalNovels.info interviews
the author of The Raven's Seal 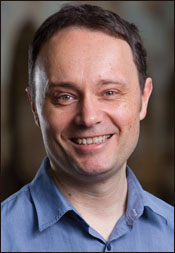 We were fortunate to have Andrei Baltakmens visit the blog November 2, 2012, to talk about his Dickensian mystery novel The Raven's Seal, about a nobleman unjustly imprisoned for a murder he did not commit and the slum girl who helps him try to track down the real killer. Welcome, Andrei!


What sparked your interest in eighteenth-century prisons?

I was thinking about The Raven’s Seal for a long time before I began writing. The book really started with the idea of a young gentleman unjustly imprisoned and forced to rise through the prison to make his escape. This was partly suggested to me by Casanova’s imprisonment in and escape from “The Leads,” the cells of the Doge’s palace in Venice. I was also fascinated by Piranesi’s extraordinary series of etchings, Carceri d'Invenzione (Prisons of the Imagination). So the mystery story and main characters came before the setting. When I began to research prisons more closely, it was clear that the chaotic, unregulated eighteenth-century prison would be a much more productive setting than the regimented “reformed” prisons of the Victorian period.


Is Bellstrom Gaol based on or inspired by a real eighteenth-century prison?

The Bellstrom combines a lot of elements of different prisons across a substantial and turbulent period. I selectively used several elements of the eighteenth-century prison experience—and overlooked a few others (such as transportation) in favor of a consistent story. My main inspirations were London’s notorious Newgate Prison (also the setting for John Gay’s The Beggar’s Opera) and the Marshalsea, the debtors’ prison which Dickens described in Little Dorrit.


Your love of Dickens shines through every page of The Raven's Seal. What is your favorite Dickens novel?

I have great affection for Our Mutual Friend, as this was the first Dickens novel that totally commanded my interest, a sprawling, brilliant, sometimes baffling piece. But my favourite is Bleak House. It’s the first great masterwork of Dickens’s maturity as a writer. It’s a complex, fascinating narrative and, notably, contains one of the earliest mysteries involving a police detective in English literature. There is always something new to find in Bleak House.


Review of The Raven's Seal by Andrei Baltakmens

See listing for The Raven's Seal at Powell's Books

See listing for The Raven's Seal at Amazon.com